Goals of the Society

The History of ADIPS 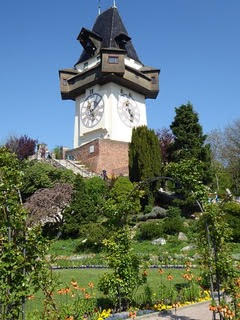 As recounted by one of the founding fathers of ADIPS.

In the depths of time (actually 1986), taking a brief break from the First Graz International Symposium on Gestational Diabetes, two itinerant Melbournians sipped a restorative ale beneath the Clock Tower after conquering the mountain (actually a hill) above Graz on which the Clock Tower stands sentinel.  Once breath was restored they remarked that it was ironic that they need to travel to Austria to realise that they both were involved in the care of women with diabetes and their offspring. One or two ales later, after solving the other residual problems of the World, ADIPS was conceived and on their return to Melbourne, Ken Mountain and Jeremy Oats convened the first meeting under the Chairmanship of Ian (Skip) Martin. A few letters, a few phone calls and no arm twisting later, the Victorian group went nation wide and shortly after the Tasman was crossed and Australia became Australasian.

The origin of the acronym ADIPS is unfortunately lost in the fogs of Alzheimers but there are persistent rumours of an association with Dipsomania - a rumour that is strongly denied by the founding fathers. The ADIPS link with Graz was further strengthened by a number of ADIPians attending the Second Graz Symposium in 1992 when a pilgramage was made to the Clock Tower; mendicants crawling on their hands and knees up the twisting and near vertical cobble-stone path to drink a toast and pay homage to the Society's birthplace. Appropriately 12 years later, Professor Peter Weiss, the Convenor of the two Graz Symposia was the visiting speaker for the 1998 ADIPS Annual Scientific Meeting.

So from such humble origins a mighty Society has grown!

In recognition of our association with Graz, the “Graz Clock Award” is presented at the ADIPS Annual Scientific Meeting for the best original research and presentation.